No Food for Thought

Food is something you should provide to your brain long before coming to this blog. You will find no food recipes here, only raw, serious, non-fake news for mature minds.

After 17 winters riding bikes with often cold hands, I stumbled upon gloves specifically designed for winter biking. I decided to order Bontrager Velocis S2 Softshell Split Finger gloves from Montreal retailer Dumoulin bicyclettes. The retailer advertised the S1 gloves as good up to -5 °C, and the complementing S2 as good for "intense cold". Upon arrival, I found them incredibly light for such a purpose. And then saw the label which shows that the S1 are designed for about 3 °C, while the S2 was for the intense colds of... around -5 °C!

I still tried them for one ride, but after just 30 minutes of intense riding with these during a snowstorm, while the outside temperature was around -4 °C, my hands were somewhat cold, even though my torso was quite hotter than it is when I'm inside. These are not necessarily bad gloves, but for my purpose, these are just as bad as my current gloves, and in no way worth their 95 CAD price tag.

I called the retailer for a refund, and I must say the Dumoulin bicyclettes agent I spoke to was very comprehensive. He granted a full refund, including return fees, and convincingly apologized for the inconvenience.

These may do their job in Bontrager's U.S.A., but if you're in Canada or another country with a real winter, ensure you understand the label to the right before buying.

With the advent of smart TVs, smartphones and other computers, humans need to be a lot smarter about their usage of technology. Unfortunately, we are quite dumb - in particular the underprivileged. And unfortunately, even the smartest have apparently gotten dumber, even when they control their use of their smartphones.
Good thing at least technology is getting smarter and smarter! Well, perhaps

A serious form of analysis paralysis may threaten you - the "Invented here syndrome".

I don't remember having seen "tofu" on my personal computer for a while. That's probably thanks to the Noto font, which came pre-installed with my Debian 9.

Thieves have a new way to steal cars. A method for clean thefts, served on a silver platter by car manufacturers who sell cars equipped with key fobs instead of traditional keys, without any protection against a simple attack. Even Toyota!

If I had had such a vulnerable car stolen from me, I would be happy to discover that flaw. I would just sue the manufacturer for selling such a product. When you create such a vulnerability, you are guilty of gross negligence. The onus isn't on the customer to prove that this flaw was exploited, but on you to prove the theft was made with different means.

When manufacturers will have lost tens of millions of euros in damages, perhaps they will consider paying for security responsibles who have a clue or two about security.

When a decade of geek madness about "cryptocurrencies" culminated in May, I wrote a public warning. Since then, the hype has finally moved, and I'm happy to see the critical view almost no one had the courage to explain during Peak Crypto now well described by a mainstream magazine:

Forbes wrote:
Most cryptocurrency transactions are purely speculative. There are no real fundamentals to evaluate; bitcoin doesn’t produce any products or services, hire any employees or pay any dividends. The only way profits are generated is when the owner is lucky enough to find someone else who will pay more for the thing. If you are getting into the bitcoin game now, you are paying the higher price that makes this whole scheme work. That’s not a distinction you want.

Unfortunately, that article's title also reinforces a misunderstanding which was a basis of that mad decade. Which brings me back to a discussion I had with a physiotherapist early this year, which was a large part of my motivation for going public. This sympathetic guy was not dumb, but he was telling me about the thousands of euros he had invested in "cryptocurrencies", and apparently trying to encourage me to join the party. He regretted not having invested more earlier, and all the money he could have made if he had. This guy had the best intentions, but was unintentionally hurting himself, and perhaps even his patients. I tried to warn him gently that "cryptocurrencies" had no value, but he countered that market valuation was exploding...

"Cryptocurrencies" have always been worthless. But since market valuation is based on trades, and since a buyer always believes what he buys has value, market value cannot - by definition - show the actual value of "assets" such as "cryptocurrencies". The market cap of "cryptocurrencies" is surely going to keep decreasing as more and more people lose their illusions, but it will never reach zero.

The article also has the merit of distinguishing blockchains from "cryptocurrencies". The blockchain technology could be considered valuable. However, I need to warn about how the article treats it. Essentially, blockchains are a marketing invention made to portray Bitcoin as credible and ingenious. Merkel trees are useful, but there is nothing novel or really interesting about blockchains. Most projects using them are either creations of scammers who wanted a credible way to attract investments from superficial investors, just like "cryptocurrencies", or a way for legitimate entrepreneurs with projects that don't need blockchains to convince easily impressed investors more easily. In fact, it turns out the blockchain technology is such a bubble that a study found it is almost always a disappointment.

2021-01-03: The third and final episode of this crhypeto trilogy focuses on blockchains.

Computer maker Apple has found the recipe to avoid having to acknowledge any defect in its products: to instruct its technicians - I mean, its geniuses (of deception) - to avoid usage of the words "crash", "bug" or "problem".

Unfortunately, joining that cult is quite costly, given the sacrifices required by its gurus. Well, I guess that's just like any other sect, when it has managed to enslave enough fools.

As British Columbia is about to get a rare opportunity to get rid of FPTP, Fair Vote Canada shows just how relevant the topic is : 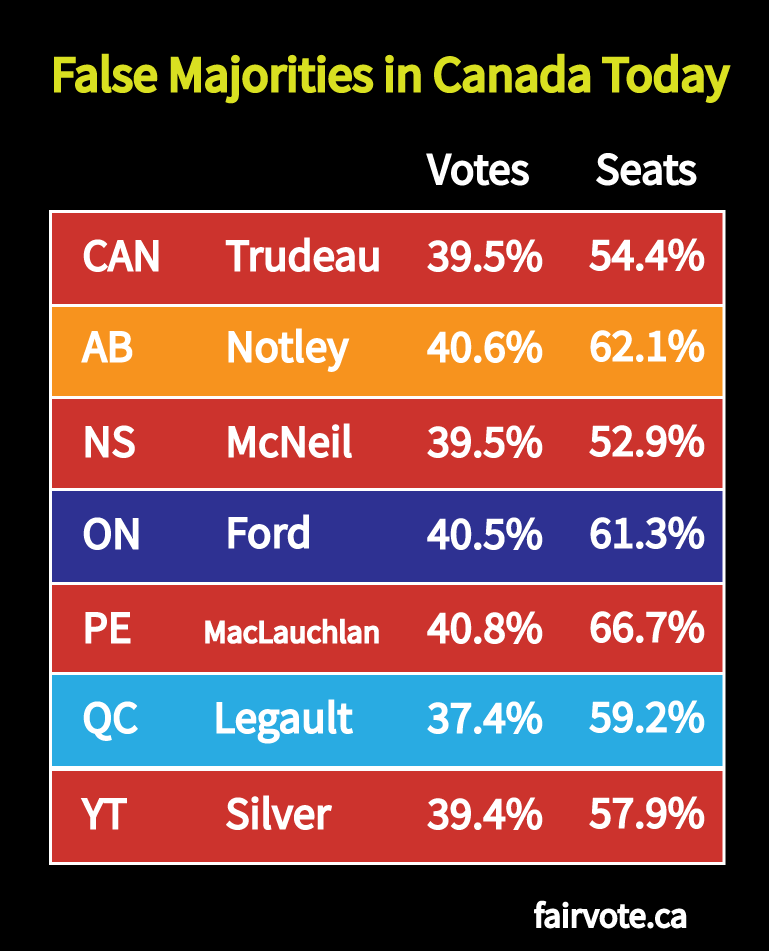 Could this finally be the start of the end? What better time than now to decide we can't afford such an obsolete system anymore?

I took a week of vacation and on a friend's suggestion, decided to spend it at Club Med's village in Cancun, Mexico. I had never tried Club Med, but I needed to relax and thought that by paying for quality, I would take a break from bugs, as well as from problems in general.

I saw surprisingly few biological bugs in the village. A lot less than I expected. Unfortunately, I stayed in familiar ground as for computer bugs. At least 2 major bugs before my stay, at least 2 issues during my stay, and 1 bug after. I wish I was looking for an IT Manager job.

Before you book, Club Med advertises the following:


After you booked though, the formula gets more complicated:

Final voucher wrote:
As of November 1, 2016 basic WIFI access is included in your Club Med package. Premium WIFI is also available at an additional cost and can be purchased on site. Subject to change.

Of course, there is no useful description of each access type. So since I wasn't travelling for business, I didn't purchase premium WiFi.

The reception staff told me to install the Club Med Villages app on my cellphone. Over 24 hours after my arrival, and despite multiple attempts, I still hadn't managed to download the ~ 70 MB application on my cellphone. Plus, network was really bad on my laptop. So I went back to the reception, asked if that was normal, and since I couldn't get a useful answer, I gave in despite the feeling of deception and paid for the damn Premium WiFi access. I then tried to setup the Premium access on the cellphone - and was greeted by a DNS error. 2 young employees at the reception failed to help. After rebooting and multiple attempts, I gave up.

Over 2 days after my arrival, after I had given up, I noticed the installation had finally ended. I then tried to access my village, but that turned out even harder. A scrollbar stayed stuck at 100%. I gave up on that too a day later. Only after I came back home did I realize that the application was finally usable.

Nevertheless, I liked many aspects of Club Med and felt compelled to help them improve. I was disappointed that no one asked me how my stay went when I left (probably because I left early). So when I saw an email asking for feedback, I decided to set aside my reluctance to waste time with surveys and took at least 20 minutes to fill it. Here's what I wrote at the last step:

Quote:
Unexpected technical difficulties; 2 important issues booking (wrong prices, prolonged failure to create account), big issues with standard wifi even without trying to view any video, inability to use premium wifi on cellphone. Unable to use Club Med app on fresh cellphone during whole stay. Lost at least 4 hours due to technical issues overall. Made me wonder if I chose the right brand for a worry-free vacation, and would hesitate to recommend consequently

Sunday cocktail is a great idea

Was expecting to have bicycles for rent. Disappointed that reception staff couldn't even tell me where to go to rent one


I was 98% into the survey then. I hit Next... and all I got was an image. No confirmation that my feedback was submitted. I tried to go back, but the document had expired.
Gah - apparently half an hour more wasted. All of that on my main desktop, with Mozilla Firefox 60 (ESR).

Other types of bugs, other life forms and Beyond

Other than technical issues, there is wildlife at Club Med, as my photos show.

This was my first time at Club Med, but I learned that it was bought by a Chinese company. Does Club Med still offer the best all inclusive resorts in the concept it created, or is there now a better option for those looking for real quality? I don't mind paying some more (my whole week was around 1800 CAD, direct flight from Quebec City included).