Democracy's goal is to let citizens decide how the government should behave. The natural way to find the will of citizens is to ask each one which decision they would take on each issue. Such a form of democracy is called direct democracy, or pure democracy, and was the first form of democracy used, in classical Athens.

Direct democracy has scalability issues as the number of deciders and decisions to be taken grows. If a too small proportion of the electorate votes, interest groups may pass decisions advantaging them, so measures to avoid this must be taken. With about 40 000 men legally recognized as citizens, Athens had trouble reaching a quorum of 6000 in its assembly, to the point where voters had to be paid. Requiring everyone to vote on every issue is inefficient as people have a different level of interest in each issue, and citizens do not have enough expertise to decide on all issues. In ancient Athenian democracy, both going and participating to the assembly would take considerable time, and citizens would still have to vote on many issues with little awareness. 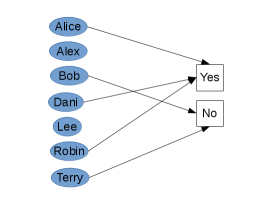 Figure 1 - Example poll based on direct governance
Voters (ovals) vote (arrows) directly on issues (squares).
Option Yes has 3 votes, No has 2. Alex and Lee do not vote.


These scalability issues were important to the point where Athenian democracy was not just the first direct democracy, but one of the last democracies of its importance to have existed which can be described as direct (although, by modern standards, Athenian "democracy" wouldn't even qualify as a democracy at all...). After the antique democracies, the form in which democracy would reappear was to be representative democracy, still prevalent to this day. Today, democracy is for many synonymous to the parliamentary system and other forms of democracy with very little direct participation from most citizens, found in states of the British Commonwealth, in the United States as well as almost all democratic states.

Representative democracy scales much better than direct democracy. Voters only have to vote once in a while to elect representatives. Real decisions are then only taken by a tiny proportion of voters, convening in a parliament or some similar central location of power. Once representatives are elected, a large number of decisions can be taken quickly and cheaply. 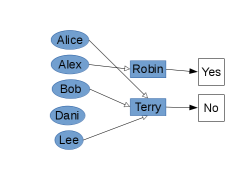 Figure 2 - Example poll based on representative governance
Only representatives (rectangles) can directly vote (solid-head arrow) on issues (squares), after being elected by the votes (open-head arrows) of electors (ovals).
Each option has 1 vote. Dani did not vote for any representative.


Representative democracy's greatest problem is that the set of decisions taken does not reflect accurately the decisions wanted by voters. Representatives may fail to take a decision that should have been taken or even take a decision against the will of voters. While voters choose the representatives that represent them best, there is clearly no one - even among hundreds of thousands - who is moderate enough to share the same opinion as the public's collective preference on all issues. Even if there was, that person's opinions can change at any time, and the public's collective preferences also change all the time, so there is no guarantee that a representative will still represent his electors well by the end of his mandate (typically 4 years later or more). And even if a representative keeps a great idea of what is the best decision to take for the public, nothing but the damage to his reputation prevents him from taking a different decision which favors him more. As if the above was not enough, in practice, usage of poor voting methods (particularly first-past-the-post, dominant in the British Commonwealth) causes on a regular basis the election of representatives who are not even those closest to the public's opinion.


So, both direct democracy and representative democracy have advantages and disadvantages. Unfortunately, no alternative has perfect accuracy for no cost, but there are still systems which allow a better balance between decision accuracy and decision cost than either of these extremes. Modern systems mixing elements of direct democracy and representative democracy are interesting mostly because they allow the level of attention given to each issue to vary according to the issue's importance and level of controversy. As extreme examples, an uncontroversial low importance proposal may be voted on by 2 voters and adopted if one of these voters is sufficiently trusted by other voters. On the other extreme, a controversial issue of the highest importance may be voted on by all voters.

The alternative proposed is—like direct democracy and representative democracy—a general concept which can take several specific forms, and several were indeed proposed. This concept and most of the features of the form I envision occured to other people, at least since the advent of computers in the 1960s, but still has no accepted name. Other proponents suggested the names liquid democracy, smartocracy, dynamically distributed democracy, smart mob rule and delegated democracy. I like "liquid democracy", which evokes great flexibility. Nevertheless, the concept is not limited to democracy or even usage in the government. The model is suitable for meritocracies (such as organizations of volunteers) as well, for corporate governance and even more contexts. "Liquid governance" may be a better name for the general concept. I would vaguely define it as a form of governance with the advantages of both direct and representative democracy.

Figure 3 - Example poll based on liquid governance
Voters (ovals) choose (open-head arrows) other voters as models and/or directly vote (solid-head arrows) on issues (squares).
Option Yes has 3 votes (2 direct, 1 indirect). Option No also has 3 votes (1 direct, 2 indirect). Alice and Terry are model voters. Only Alice, Robin and Terry vote directly, but only Lee (who has not chosen any model voter) casts no vote at all.


Liquid democracy truly is not representative democracy, as representation is entirely optional, but also is very different from classic direct democracy (consider that in most polls, only a minority of votes would be direct, most of the votes coming from delegation). Although electronic voting is not necessary for liquid governance, pushing the idea would be costly without. This page assumes liquid governance uses electronic voting.

As of 2019, liquid governance has never been used in a governmental context. It is used by a handful of organizations of volunteers, including a European political party. There is still little literature on liquid governance, although some very good pieces were written in this millenium. As this is the most novel idea treated on this site, I'm offering the following small introduction which I will at least spark your interest.

Example of an alternative system

As liquid governance is closer to direct democracy, let us imagine how things would work in pure direct democracy and see how this could be improved. Suppose you are part of 10 voters having to decide on one issue. How would you do? You would likely examine the issue then give your opinion, or abstain. But imagine the same body of voters then has to take 10 more decisions. How would you approach this new problem?

In reality, if you have to take a large number of collective decisions without having all your time to do so, you would likely seek to distribute the task. You would find people who you tend to agree with and trust them to decide for you what is best on some issues. Instead of looking at all issues, you would look at a small number of issues which affect you more or in which you are specialized. For example, you may find you agree with Alice on many issues. You may then look at 5 issues, and trust Alice to decide for you on the 5 other issues.

The system described above has the advantages of both direct democracy and common forms of representative democracy. You may wonder what happens if you decide to look at a sixth issue, and find you disagree with Alice about it. As liquid governance essentially assumes electronic voting, it could let you change your vote at any time (continuous voting). You may change your vote on an issue on which you voted directly, or vote on an issue on which Alice had voted for you (so to speak). In other words, choosing someone as a model voter does not make that person your representative. That person simply provides you with a default vote (other than abstention). The absence of actual representation solves the problem of disproportionate representation.

But what happens if Alice is not a professional decider with all her time to investigate each issue? Imagine that 100 new issues need to be decided on. You and Alice only have time to look into 20 of these. Should you leave the other voters which you don't know decide on the 80 other issues?

As Alice also doesn't want her power to be wasted, she looks for a model voter close to her. She finds Bob, a remunerated decider who votes on many issues. As Bob shares many views with her, Alice decides to set Bob as her model voter. You find that Bob, although not as close to you as Alice, is also a pretty good decider. Should you call Bob to ask him how he's voting on the issues which neither you nor Alice looked into?

Liquid governance allows considering that a model of a voter's model's is also (by transitivity) a model of that voter. Therefore, in this scenario, your vote on an issue defaults to abstention, but after Bob votes, your vote defaults to Bob's preference. If Alice also votes, she overrides Bob's preference and your vote now defaults to Alice's. Your vote would then be the same as Alice's unless you also decided to look into the issue and vote differently.
See also: Delegated voting

The form of liquid governance just described may be attractive, but the concept could go much further. It also raises some practical issues that deserve a deeper look. The following papers all overlap, but are the best I found on the topic:

For more information, there is also the Liquid Democracy Journal, which is free, though not published on a regular basis.

Liquid governance is probably simpler than representative democracy from a voter's perspective, but its most powerful forms are relatively complex, in particular when the time comes to implement them. Physically, liquid governance was practically impossible when many of today's democratic systems were created. Fortunately, with the advent of computers and more importantly of the Internet, there are no more physical barriers to its usage in the Western world. Unfortunately, lots of work still needs to be done to research liquid governance, design powerful forms, implement them and finally deploy them.

There is however one liquid governance engine which implements a basic form of liquid governance (the one described above). The engine, LiquidFeedback, is not mature yet, but was used for several years by Germany's Pirate Party (which may still use it - my German is too limited to tell). LiquidFeedback is free software published by the Public Software Group and has a demo accessible. Unfortunately, its frontend is written in Lua and its backend is just PL/pgSQL. And as of July 2019 it has apparently no issue tracker in function.
GetOpinionated is another implementation, which is written in Python, but which is incomplete and not progressing at all as of 2019.

Wiki aficionados should be inspired by a proposal to integrate liquid governance in wiki engines, referred to in Voting on changes.

KNP stands against Putinism, but will keep fighting for unity and a healthy, participatory democracy.