Taking part in a project even as a volunteer can bring important benefits. Achievements can bring much satisfaction, and if there's any challenge, learning opportunities.

But anyone seriously involved will at some point realize some projects are not the ones they imagined when they joined. Typically, transparency, integrity and governance issues are those which take the longest to notice. A project with a noble goal can turn out to be inefficient, conflictual, misleading or downright disrespectful.

Projects are often hard to judge on the surface. Once inside, we may discover reality to be quite different from our first impression, or that reality gets further and further from our expectations over time and in some cases, enough to consider leaving. But often, giving up on a project after investing in it massively can be difficult. Unfortunately, beyond a certain level, resigning becomes the best solution, not just for oneself, but for the project's health.

When I decide to stop volunteering in a project mostly because it's failed to live up to its promises or to my standards, describing my experience and the issues helps to alleviate that feeling (particularly when the community fails to recognize the situation). Sharing also warns potential new contributors and current contributors about the issues, and−ideally−highlights possible solutions. 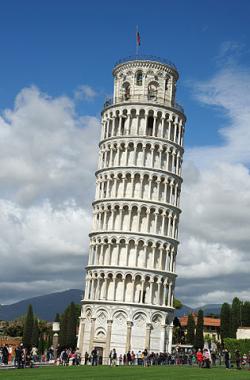 Italy provides a wonderful demonstration of the importance of foundations (as well as the inequality between quality and popularity). Credits to Saffron Blaze
The following are all projects which have a respectable purpose and in which I volunteered to some degree, but which I chose to quit. I humorously titled this page quite harshly, but each case is different, and some cases are a lot less hopeless than others. Some projects simply release products prematurely. In some cases, forking, starting from scratch, or joining an equivalent project is the only way forward, but there may be some which other developers could bring further, and perhaps even help solve systemic issues. For some of these, my resignation may be considered as little more than an admission that my time and skills were insufficient to solve the issues which prevailed at the time of my announcement, but you should still carefully evaluate your options before investing in these projects, in particular as a developer.


Giving up on a project which you believed in and put much energy into is already decisionally difficult. But it can get emotionally much harder to go further and publicly criticize your project, which often feels like admitting a judgment error, and even betraying your colleagues. I want to thank resigners from my projects for their past service and the courage they display when they explain themselves in public. As well as those who decide to keep contributing in difficult times, thanks to greater faith or any other reason.